The 6 Most Significant Health And Biology Breakthroughs Of 2022: What They Mean For The Future A tough couple of years have passed for the health sector, with the monkeypox virus, and new versions of the COVID virus appearing every day, It is safe to say 2022 has been an eventful year. The healthcare news in 2022 wasn't all bad. Biological and medical advances were made in some areas, such as epidemiology, evolutionary biology, and artificial intelligence.

6 Major scientific breakthroughs that give us hope for humanity's future

One of the most significant medical advances in recent memory was the creation of COVID vaccinations within a year after the coronavirus SARS-CoV-2, which causes the disease.

It has been demonstrated that two of the most potent vaccines, created using mRNA technology, greatly protect against severe illness and mortality from SARS-CoV-2. However, as the virus continued to mutate, fresh variations started to circumvent human immune defences.

Thankfully, vaccine producers created fresh doses that target both the Omicron variety and the original strain. Early evidence suggests that these "bivalent" vaccines effectively increase protection against the virus, which is another reason to ensure that everyone in your family has received their shots.

“There were some good healthcare news stories in 2022. In several fields of biology and medicine, such as epidemiology, evolutionary biology, and artificial intelligence, progress was made. Read this article to discover the game-changing advances in health and biology that have the potential to shape the future of medicine.“

Predicting the three-dimensional structure of proteins from their amino acid sequence is one of the toughest tasks for biologists. However, early this year, an AI algorithm dubbed AlphaFold developed by Google-owned DeepMind was able to solve the 3-D structures of around 200 million proteins.

These structures are already allowing biologists to solve biological puzzles, and they may also lead to novel pharmacological treatments and more resilient crops.

A team of researchers at Yale University created a perfusion system that revived the organs of dead pigs, an accomplishment that sounds like something that has been lifted from a Hollywood zombie movie.

A blend of blood and nutrient-rich fluid was pumped through each animal's circulatory system by the OrganEx system. (The animals didn't awaken again.) The innovation has the potential to preserve more human organs for transplants.

Although it may sound disgusting, scientists studying infectious diseases can learn a wealth of information by studying human faeces.

&nbsp;Researchers were able to identify COVID instances and new SARS-CoV-2 variants in locations before they created surges because of wastewater tracking technologies.&nbsp;

The virus that causes polio, a disease that has been proclaimed eliminated in much of the world, was also found in the sewage systems in New York State and the United Kingdom by scientists who were monitoring sewage.&nbsp;

According to scientists, this kind of monitoring could potentially spot increases in opioid usage or the number of microorganisms resistant to antibiotics.

Svante Paabo received this year's Nobel Prize in Physiology or Medicine for his research into the genetic connections among our hominid ancestors. Paabo, a geneticist from Sweden and head of the Department of Evolutionary Genetics at Leipzig, Germany's Max Planck Institute for Evolutionary Anthropology, invented techniques for reassembling ancient DNA.

Svante Paabo and his colleagues found a new type of hominid known as Denisovans&nbsp;while sequencing the DNA of Neandertals.

The unexpected finding of the investigation was that early humans interbred with these extinct creatures. These early relationships gave us characteristics that certain people still possess today, such as the capacity to endure high altitudes and susceptibility to diseases like COVID.

The anaemia and acute episodes of intense pain in sickle cell disease were found to be improved by Pyruvate Kinase, a medication created to address an enzyme shortage.

Even though the study is still in its early stages, the researchers note that rather than concentrating just on the red blood cells of persons with sickle cell disease, this approach led to a breakthrough. Millions of people around the world, but mostly in Africa, the Indian subcontinent, and South America, now have hope thanks to this development, which has been shown to help those with other conditions.

In conclusion, the year 2022 saw great advancements and breakthroughs in the disciplines of biology and health. This year saw some advancements that could fundamentally alter how we approach and treat a variety of health diseases, from the discovery of updated COVID-19 vaccines, artificial intelligence solving major biological problems, and a new discovery that can bring hope to sickle cell patients, you will agree that these innovations offer a lot of hope for the future since they create new opportunities to enhance human health and well-being.

Even though there is still much to be done and numerous obstacles to be faced, 2022 has set the stage for a better and healthier future. So, we can say that the most significant health and biology breakthroughs of 2022 have the potential to shape the future of healthcare in a significant way.

The health industry has had a difficult couple of years. With the monkeypox virus and the daily appearance of new COVID viral variants, it is safe to say that 2022 has been an eventful year. 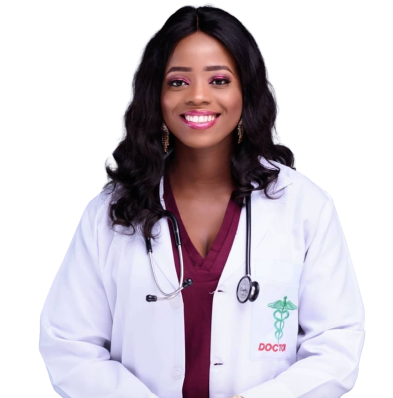 Did you find this helpful?

Why Health Care Workers Don't Seek Help For Themselves

Doctors, nurses, and other healthcare professionals are frequently the first line of defence against disease and harm, they put in a lot of effort in

Overcoming The Fear: Why Nigerians Are Afraid To Go To The Hospital And How To Change That The COVID-19 pandemic, made the world quickly adapt to new technological advances, and the rate of this technological change influenced every industry

We’ll Send You a Love Letter Every Week.

Get honest feedbacks and recommendations to improve your health. Plus free weekly vouchers and discounts. 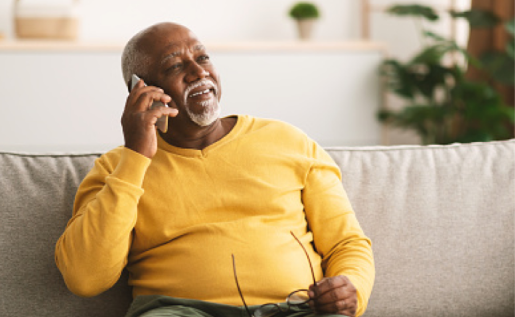 Don’t Self Medicate o! Ask a Pharmacist Instead